While I know that I am not the most prolific and regular of bloggers I have a feeling that service may get even more sporadic over the next 2 months.

But I do have a good reason as I am heavily involved in the planning and running of the first Norwich Crime Festival, as well as being in charge of creating the online content.

Crime isn't a genre I generally read a lot of but I am quickly learning that I might have dismissed it too quickly. I'm never going to be a fan of the gritty, violent books. Or those based on pathology but thrillers and historical crime is certainly growing on me.

Anyhow the Norwich Crime Festival runs from March 21st through until March 31st and all of the details can be found here on the official website.

With my reading currently being stuck in a bit of a rut - since Christmas I've read just one new book but in the most part have just re-read old favourites such as Little Women - I thought I would try something new. Not just new but a real departure for me.

I think I can count on one hand the number of graphic novels I've read. Looking through my reading journals I can see Persopolis, Maus and Fun Home plus one about the dropping of the atomic bomb in Japan in 1945 listed. All pretty intense novels about topics I'd read in traditional book form.

300 was a slight departure from this although it is still about a weighty topic that I'd read about in traditional format! This one was in full colour and the action took place over entire double page spreads rather than in small boxes which are read left-to-right and top-to-bottom.

I think I enjoyed it, I liked the way that the story was simplified and through the use of the illustrations I could really see the differences in the armies, something that is harder to do from just text.

...I don't think it was very historically accurate, and I think that a lot of things were glossed over, especially about the history of the Spartans themselves.

I can't help thinking that if you are writing a book, a book of any genre, about a historical event then it should either be accurate or clearly marked as a 're-imagining'.

This isn't a criticism of the genre at all and I will be searching out more graphic novels - all recommendations gratefully received.
Posted by Sarah at 10:47 am No comments:

The dawn of cinema 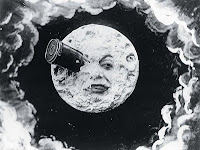 In my round up of 2011 I stated that I wanted to see more films this year. Last year I only saw 4 films at the cinema - already this year I've seen half that many so I am on track to keep this resolution.

The two films I've seen so far this year seem to be diametrically opposed at first glance - Martin Scorsese's Hugo and Michel Hazanavicius' The Artist. One is a special effects laden film based on a children's book and the other a homage to the silent movies of the 1920s.

However when you look deeper they are actually both about one thing - a love of early cinema.

While Hugo is an adventure story, and a 3D one at that, the under current is the discovery by the children that Papa George is actually Georges Melies - the innovative early film maker. The last half of Hugo was all about how he made his films and then the chance to see some of them on a big screen.
The film was a fun watch, the acting good and the story lovely but I expected the latter as Hugo is based on the wonderful book The Invention of Hugo Cabret by Brian Selznick. As ever with an adaptation I did find the book better but it was faithful to the book and the only thing making me wince was the 3D. Watching 3D films when you already wear glasses is not the best experience in my opinion.

The Artist was a true delight. Starting in 1927, when the silent movie was at its height, we meet the heart throb of the moment George Valentin and also wannabe actress Peppy Miller. Through the rest of the film we see one star wane as the other rises as the talkie takes over from the wonderful silent movie.
The Artist isn't entirely silent, every so often there are sound effects and voices and, as they are meant to, these really leap out at the viewer and for me broke the spell a little. It was also filmed in colour and converted to black and white and as a photographer who sometimes uses this technique I could see this occasionally and again it pulled me out of the movie for a moment.

I am pleased that I went and saw both of these films on the big screen but I think, surprisingly, that it was The Artist that is the film which worked best for me. Silent movies, with their beautiful sound track and text boards explaining the plot, make for an immersive experience and I think that watching this at home on a smaller screen, with the distractions of the house, just wouldn't be the same. Hugo, while enjoyable on the big screen in 3D, will be just fine as a 2D DVD!

Last night saw the Golden Globes being announces and both of these films won awards. Best Director went to Scorsese/Hugo and then Best Motion Picture (comedy or drama), Best Actor (comedy or drama) and Best Original Score went to the Artist.

Now if only my other resolution (to actually read the books set for book group) was going so well!
Posted by Sarah at 8:13 am No comments: 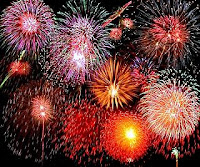 Hmmm... 2011 turned out to be the year of theatre rather than the year of books, which wasn't something I predicted last January.

In fact in 2011 I actually only read 141 books. This is probably the lowest number since I learned to read. More shockingly for those who know me is that I only read 18 books meant for children or young adults.

In contrast I saw 19 plays/musicals live at the theatre and 3 plays as part of the National Theatre Live. I saw four stand up comedians and saw 3 episodes of a radio comedy taped. I also did one behind the scenes theatre tour, saw one major art exhibition and went to a classical music/carol concert at the Royal Albert Hall. No wonder I didn't have that much time for reading.

More surprising than the lack of books this year is how little any of them stand out. I do think that the top few books from my self imposed World Book Night challenge are probably the best books I read all year. In fact apart from them I think that some of the plays I read this year are my personal 'bests' for 2011.

I've been thinking about this for a while because I am an occasional poster on the Norfolk Library Book review Blog and we were asked for our top reads of the year. I was looking through my reading diary and what quickly became clear was that it was the books I loathed that stuck out more clearly and this became the post Turkeys of 2011.

So I wonder what 2012 has in store?
More theatre that is for certain, more films too as already there are several being trailed that look exciting. I am hoping that I read more, and enjoy more books in 2012 but I will settle for quality over quantity...

As for resolutions - well I think that will have to be to actually get over my mental block about books I have to read for book groups. And on that note I suppose I should stop blogging and get back to Doctor Zhivago!

Happy New Year!
Posted by Sarah at 6:18 pm No comments: