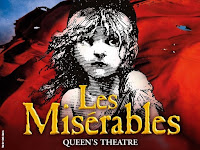 
This one really is squeezing in at the the end of my theatre going year and was a post-Christmas treat for Mr Norfolkbookworm, me and my parents. In fact we all gave each other the the tickets as Christmas presents!

Les Miserables is always going to hold a special place in our family as this was the first London show my sister and I were taken to. I still remember Dad coming home with the tickets and the anticipation of our grand day out. I think I was about 13 and my sister 8 or 9... I've seen the show twice more since then, once in London and once on tour in Norwich but not recently.

We had a lovely day, seats in the stalls with a great view (they were listed as restricted view but as we are short only Mr N missed a tiny bit of projected writing and despite knowing the show inside out we were still all swept up in the drama of the piece.

Dad and I agreed that it doesn't matter how many times we've seen it neither of us warm to Cosette and always find her the weakest part. We also all agreed that the show is really about Javert and not Valjean!  Every word of every song could be heard clearly and the staging was effective - many times the scene changes were done to expertly that we were surprised to see that they had taken place!

We jumped at the gun fire and wept at the sad bits and all four of us came out of the theatre feeling astounded at how good something so familiar can be.

This is the 2nd time we've had a family theatre outing at Christmas time and Dad is already asking what we can see next year - a new tradition is born, but the bar has been set very high! 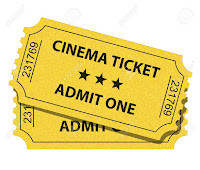 I don't go to the cinema as much as I go to the theatre but this year I totted up my visits and I've been a respectable 17 trips to the cinema plus one National Theatre Live. This leads me to the first of my 'best of' lists for 2016.

It has to be said that about half of these films were animated and that this year seems to have been an outstanding for this genre.  Favourites here have been varied in topic but I enjoyed them all immensely and it has been hard to narrow it down to my top three - but these are Moana, Zootropolis and Your Name with Kubo and the Two Strings just missing out.

However my top film of the year, and possibly the decade was the incredible Eagle Huntress which I saw on release day. This narrative documentary film follows one family in Mongolia as their 13 year old daughter follows in the family tradition to become an Eagle Hunter. It has a strong feminist message - girls really can do whatever they set their minds to and compete in a men's world and it is also a film about the bond between fathers, grandfathers and daughters.

Aisholpan wants to follow in her father's footsteps, she wants to fly and hunt with Golden Eagles on the steppe in Mongolia, she also wants to be able to compete in the regional competitions showing her skills.  Her traditional (yet progressive) family support her wholeheartedly in this.  We then follow roughly a year in her life as she attains these goals - not without some hardships.

There has been a lot of criticism about this film for being too sentimental and also inaccurate. I don't recall the film saying that she wanted to be the first female huntress, just the first in her family and while any other women huntresses aren't shown at the competition I don't feel that this is against the story - this film is about Aisholpan's dreams. It is of course edited to have a narrative that draws you - that's how all films work.
It is also to be noted that the Mongolian and Kazakh communities do have a long tradition of equality which make Aisholpan's dreams realistic - it is just the Western perception of these different ways of life that need challenging and educating.

As someone who has a strongly supportive family and also a love of flying birds of prey this film really hit a chord with me.  I think that what ever criticism is out there this film should be shown in schools and also in Guide & Scouts units (and other such organisations) as a life affirming film showing that girls can do anything. 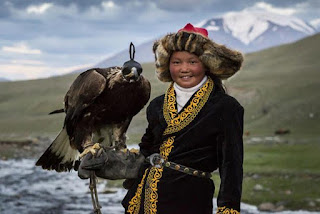 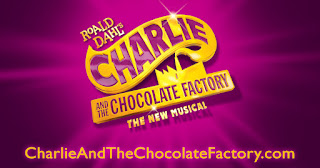 
My sister and I ended up seeing this by accident, we had planned on seeing Book of Mormon but this week they've moved the matinee of this to Friday rather than the normal Wednesday (after we'd booked the day off work of course) however we hadn't had a day out together, just the two of us, since 2007 and so we looked around for another good offer.*

Roald Dahl has always an author we've both loved reading - in fact I think my sister 'discovered' him first and he certainly turned her in to a reader - so we were aware that this show existed.  However the danger with seeing an adaptation of a favourite is that it can ruin the original.  Matilda is an example of this - for however catchy the songs and talented the cast I really can't forgive them for the liberties taken with an outstanding story.

If I'm honest my heart sank further as we arrived at the theatre to find it over run with large, excited and noisy school parties...

Fortunately the show won me round, I found it captivating, inventive and all in all a pretty good adaptation of the source material. The sets were glorious and the four grandparents stole every scene they were in and making the imaginary world of Dahl come to life without CGI was very clever. My favourites were the "live broadcasts" as the children won their tickets and the gum inventing room complete with robots but all of it stayed close to my own mind-pictures.

However I did have issues with sound and or diction - several times I couldn't here the words both spoken and sung, this was more shocking as the actors were clearly wearing working microphones. I'm also surprised because it was both child actors and Wonka himself that I couldn't here.  We weren't up in the very 'gods' either and I can't blame it on the school parties as they were impeccably behaved throughout the show.

The other negative is that there are no memorable songs, in fact it might have been better had this been more of a 'show' and dropped more of the musical numbers.  The lines added for adults were also a little over the top - did Verruca Salt really mention that she wanted North Korea???
I think that this managed to create an identity of its own away from the two films - I was worried that it would be far too much like the (terrible) Depp version but it kept the darkness of the Gene Wilder version and the book - with the casual Oompa Loompa racism removed!

I'm pleased we saw the show, I'm very pleased with how little we paid for such good seats but I can't express a lot of surprise that it is closing, and although there is talk of a tour it is going to have to be reworked an awful lot to make it work in smaller theatres I think it will also lose all the magic and charm.

*I have since discovered that is just as well we didn't get tickets to see Mormon as my brother in law was ready to disown me and have my sister sleeping on the sofa if we'd seen this without him...!
Posted by Sarah at 11:43 am No comments: