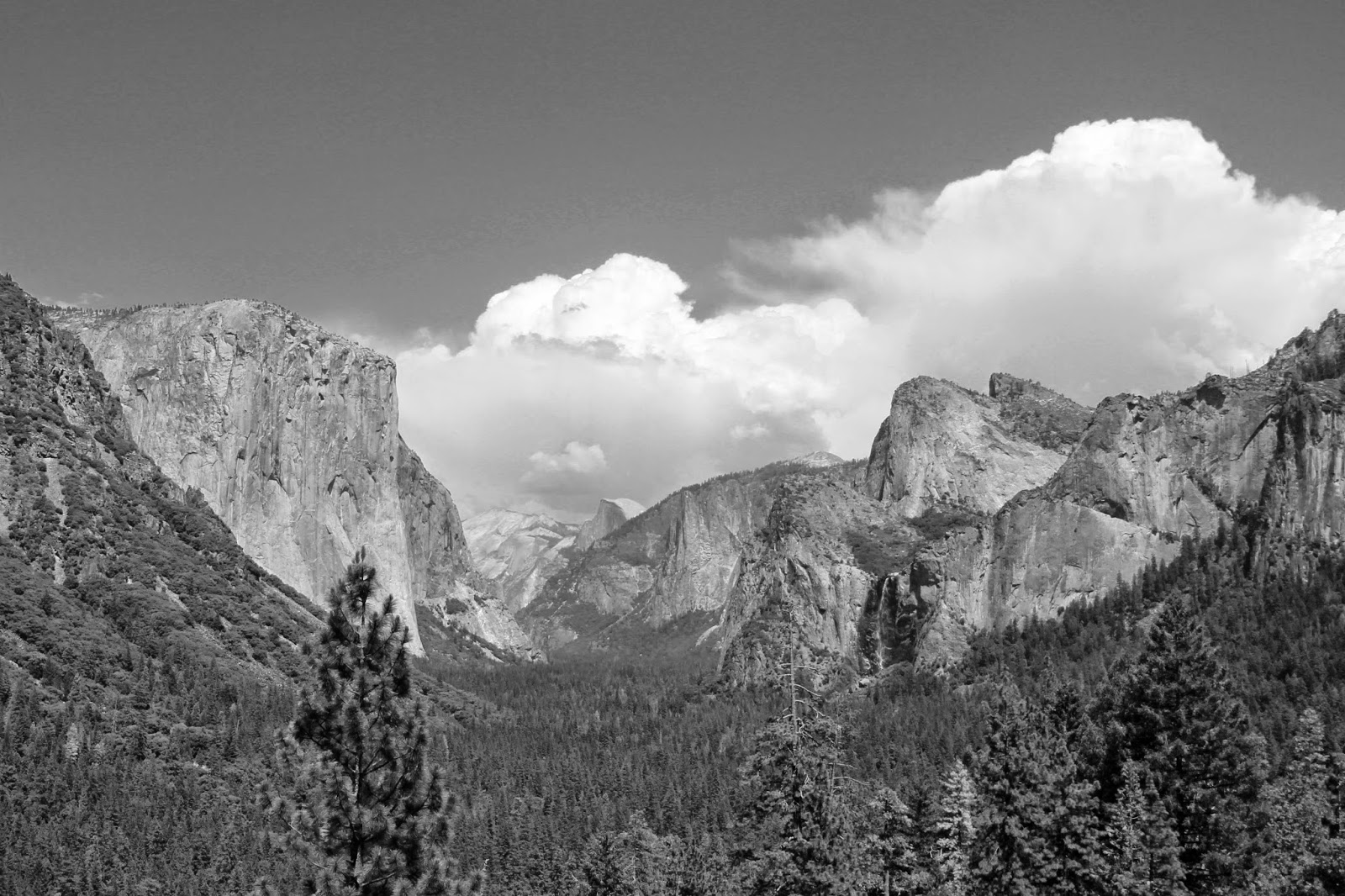 Exactly 150 years ago today (June 30th 1864) President Abraham Lincoln signed a bill creating the Yosemite Grant. This was the first instance of American land being set aside for recreation and protection and paved the way for the creation of the first National Park (Yellowstone) in 1872.

I was lucky enough to visit Yosemite earlier in the month and I am so glad that even during the American Civil War protection of the wilds was considered important.

Visiting Yosemite was like visiting a old friend as a lot of the scenery was familiar to me thanks to the work of my favourite photographer Ansel Adams and the highlight for me was the chance to visit the Ansel Adams Studio and also to take a guided photography walk run by the gallery. 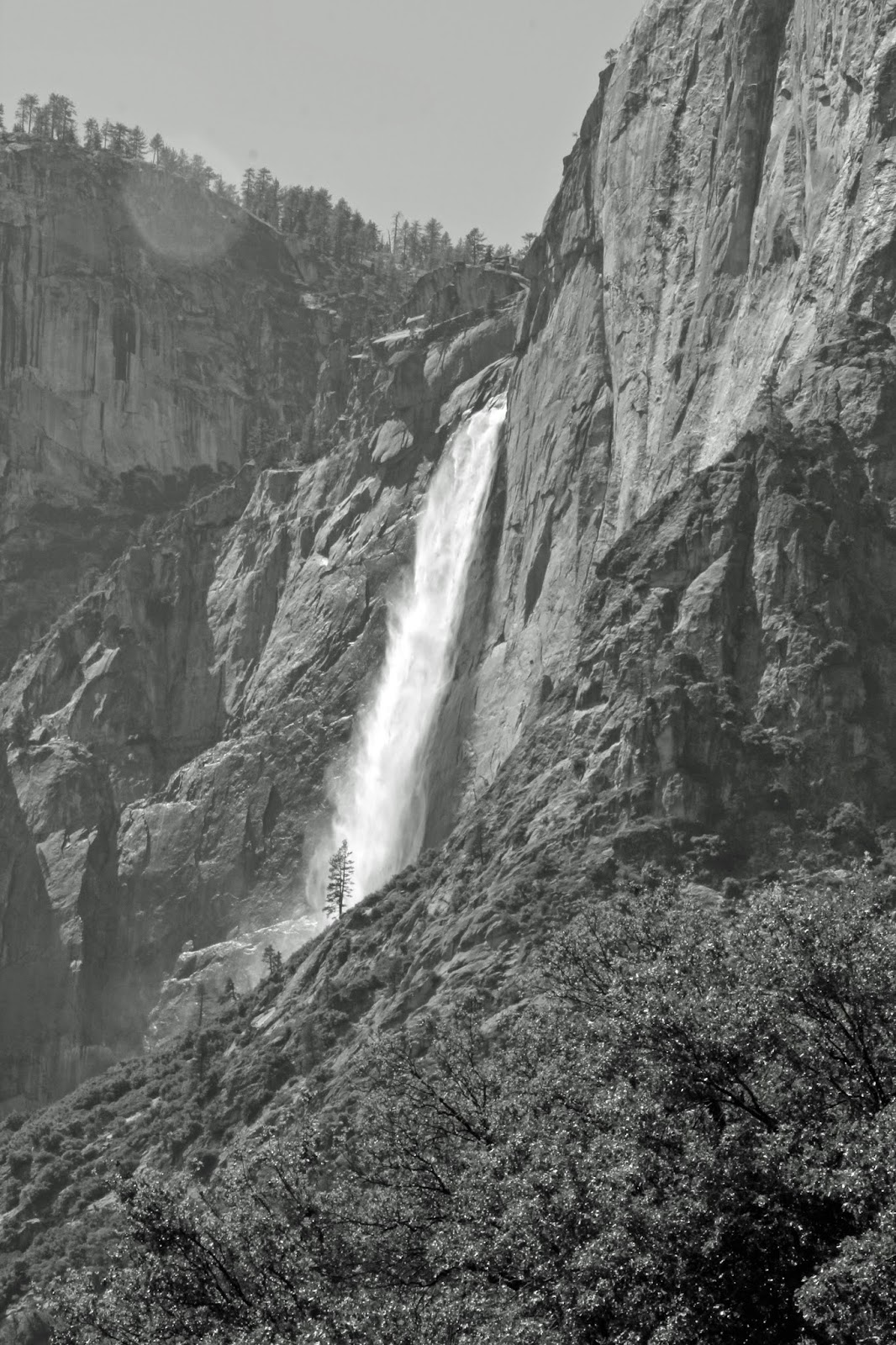 It wasn't a particularly long walk but we went to some of the iconic destinations and I learned a lot about how to use my camera better, how to compose shots and also how to convert picture to black and white.  I am very happy with a lot of the images I took and I can see an improvement in my photos already.

On our trip we also visited many other amazing places and saw some of the most incredible things ever - if you want to be bored by my holiday snaps then they are all visible on Flickr. Of course travel like this does mean no time for theatre and apart from the loooooong flights not too much time for reading, however when you see a bear while out for a walk other past times are forgotten! 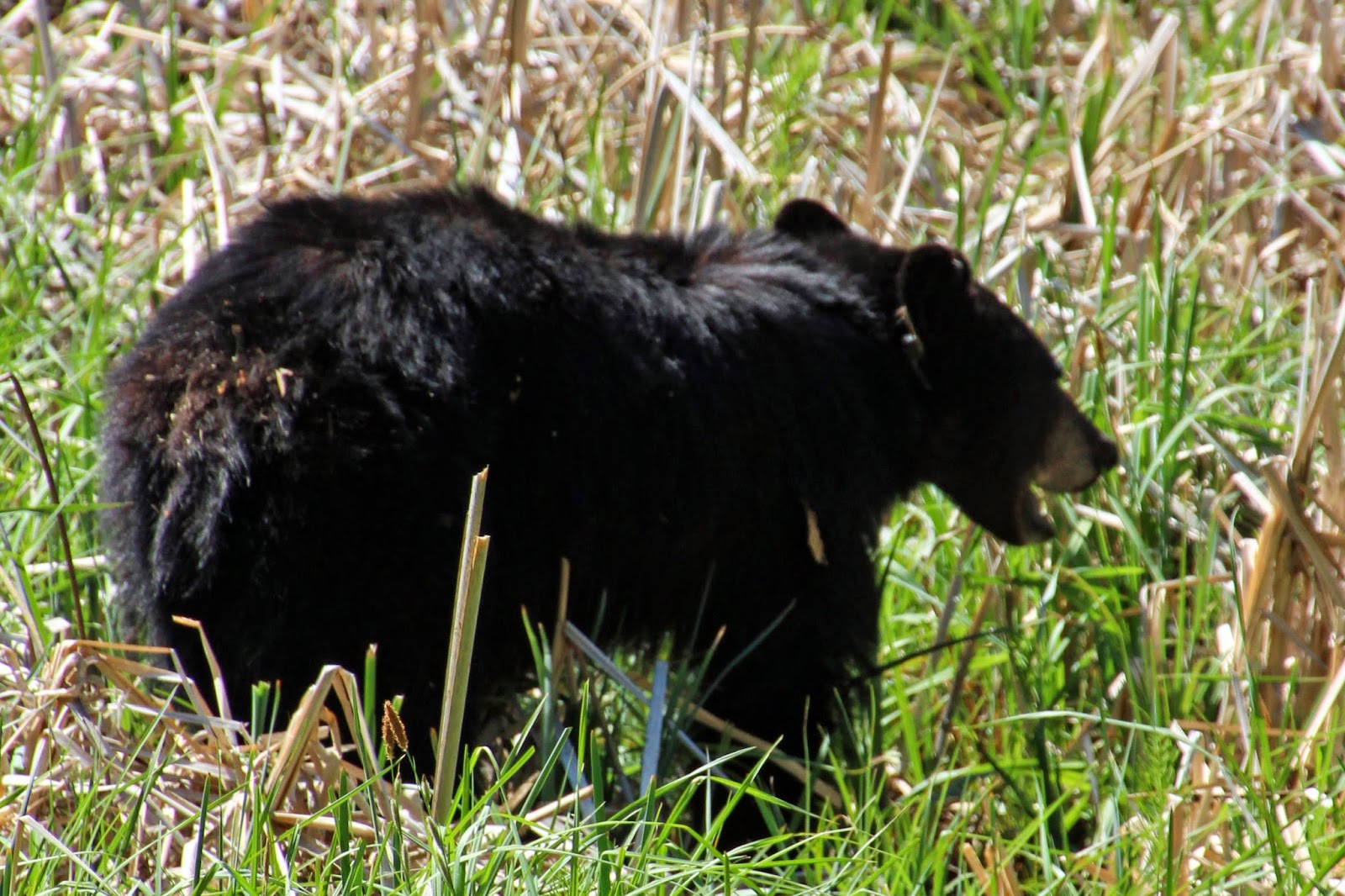 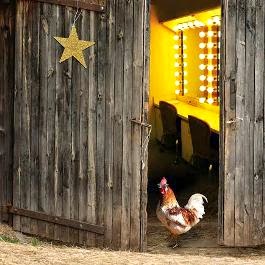 A Bunch of Amateurs, The Watermill Theatre, Bagnor (Newbury). May 2014.


After taking Mr Norfolkbookworm's aunt to Chichester last year she told us all about another beautiful theatre near to her house - The Watermill. After almost a year we found a play we all wanted to see and a date we could all make.

We had a wonderful evening, starting in the restaurant of the theatre having a delicious meal and then moved through the building, across the stream and past the watermill wheel into a fabulous little theatre.

A Bunch of Amateurs is all about a group of village players in Stratford St John who have dwindling funds and audience and as a result are in danger of closing for good.  They hit on the bright idea of inviting a celebrity to star in a performance of King Lear in the hope that this will turn them around.

This triggers a series of comedic events starting with the arrival of a fading American action hero actor who thinks he's been picked by the RSC to play at Stratford-upon-Avon.

It sounds dreadful, cliched and predictable and certainly the last two are fair comments BUT the script, the acting and the staging mean that it is wonderful and funny as well and certainly not dreadful.  The set fitted into the theatre's own decor brilliantly and until it was used I really did think that it was part of the general fixtures and fittings.

Professionals acting as amateurs and not over doing it seems a real skill and the cast managed this wonderfully, even though this was only the 3rd or 4th performance I noticed no hesitations or stumbles and yet the cast did seem a realistic bunch of amateurs. The script itself is very funny and this adaptation has been co-written by Ian Hislop and Nick Newman and is fully of points that are clearly dear to Hislop but are tempered by Newman's influence so that the play works rather than becoming a sounding board for Hislop's opinions.

This play runs until June 28th and if you can get to the venue and there are tickets I think it is brilliant and worth the effort.  I'd love to see it tour so more can have the fun we did but I think that it takes a professional cast to do it justice - too much of the irony would be lost if it wasn't and the fine line between comedy/farce and disaster could easily be crossed.

Around the world in six books


For the past few years I've been reading a lot of literature in translation and also taking part in the Independent Foreign Fiction Prize, last year I took part in a Readers' Day based on the prize but this year got a little more glitzy!

One of the reading groups I belong to was approached by The Booktrust and asked to read the six shortlisted titles and then answer some questions on each one. These answers were then collated in to two posts on the prize website. These can be found here and here.

The six books were:

All were interesting reads but my favourite was Strange Weather in Tokyo and this is a book I've already recommended to lots of other readers both at work and home.

On the prize ceremony night three of us made it to the Royal Institute of Architects for the main event and it was a lovely evening complete with champagne and canapes themed to the countries represented on the short list.

The chair of the judges, Boyd Tonkin, gave a brilliant speech debunking the myth that 'no one reads books in translation' - on the day the prize was awarded the top 3 bestselling fiction titles were translations as was the bestselling non fiction book!

The winner on the night was The Iraqi Christ which was my least favourite of the six titles but the author and translators were so nice that I can't be too upset!  What was nice is that for the first time in the history of the prize a special mention was given to a book (The Mussel Feast) and this was my second favourite book from one of my favourite publishers.

I love being a part of this prize but have everything crossed that in 2015 a woman will finally win!

Many thanks to Booktrust and The Writers Centre Norwich for letting me be a part of this shadowing group, but again this blog is fully independent and was not a condition of taking part.
Posted by Sarah at 1:14 pm No comments:

A day at Booktrust.


Recently I was very honoured to be asked by Booktrust to join them for a day and work with them to select books that will eventually end up in the Bookstart packs for babies and preschoolers.

Lots of information about the Bookstart scheme can be found on their website but in a nutshell every child born in England will receive a pack containing two books and other items encouraging a love of books and reading in their first year of life, and then a second one at the time they leave nursery ready for school.

I was privileged to be on the panel selecting books that will go in both packs and in a very intensive day I joined 7 other people to look over 150-170 books and decide which ones are 'just right' for all children to receive.

As we read the books we marked them YES/NO/MAYBE and then these votes were added up and the least popular taken out of consideration while we had some (occaisonally heated) discussion about the others to see if they should be considered for the packs.
As far as possible we all tried to read all of the books to make sure that all of the books were considered equally and remaining impartial and also calm when others loathed the books you loved was a challenge, as was seeing the positive aspects of a book you didn't like!

So much has to be taken into consideration when picking books that will go out universally, many things I'd not even thought of and I read some amazing books for all ages during the day. I know that my nephew and other little ones in my life will benefit from the huge list I drew up!

The books we picked will now go back to the publishers to see if it is possible for them to be adapted for the packs (at the very least they have to be smaller than those you find on the shelf in the shops or libraries and some books just might not shrink well and stay readable) and once this is done I will come back and share the books that we all fell in love with on the day and that will be shared with children very soon.

I'd like to thank Booktrust for inviting me to take part in this selection panel, and for covering travel costs but would like to say that this is a personal blog response to the day and not a requirement of attending.
Posted by Sarah at 12:48 pm No comments:

The Silver Tassie. Lyttleton Theatre at the National Theatre, London. May 2014.


After having a disappointing time at The View From the Bridge which had rave reviews I was very nervous about this play as it has had a very lukewarm reception.

Perhaps going in with lower expectations was the right thing to do as I found this play a real curiosity.  The subject matter meant that it could never be classed as enjoyable but it was challenging and thought provoking in just the right way.

It is a play in four acts, three are set in a very traditional manner and depict life in Ireland during and after World War One and the second act is set in the trenches and is as different to anything I've ever seen on stage as is imaginable.

In a nutshell Harry is our main character and in act one he is the town's sporting hero, in act two we see him at the front and then after the interval he is back in Dublin but this time in a wheelchair after being paralysed from the waist down.

The war scenes are incredible, the pyrotechnic team have a field day and actually blow up the set! The madness of the war is portrayed using song and movement as well as through the way the superior officers act.  The interval is heralded by a howitzer gun turning to face the audience and firing.  I've never wanted to grab the person sitting next to me in fear so much before.

The second half of the play almost depicts the horror of war better as it is all about the maimed survivors.  No one wanted the lads to die but no one wants to actually deal with those who survived but were disabled.

This play is a very early anti-war play, written decades before Oh! What a Lovely War and for those who say that the idea of 'lions being led by donkeys' is a new and revisionist idea should look back at this play and the date it was written.

This is certainly a play that will stay with me for a long time and makes a great foil to both War Horse and Journey's End.