A book that packs a punch despite being 'Little' 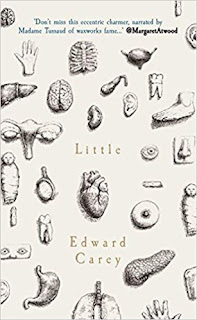 A micro review for a 'Little' book.
I received a copy of this book in proof form and it arrived in my hands with no blurb or information and I had no idea what I was starting.

It turns out that this is a book about the woman who became Madame Tussaud, it is fiction but uses the biographical information out there to make a truthful yet gripping read.

While I knew Madame Tussaud was a real person I'd never thought to learn more about her but in this book Carey really made her sing from every page.

I have to confess to skim reading some of the descriptions of how she learnt her trade - what can I say, I'm squeamish! It was the skill with which Carey evoked Europe of the late 1700s and early 1800s that won me over in addition to the wonderful  the little sketches which added loads to the reading experience for me.

Once more Belgravia Books have produced a little gem, and like Salt Creek last year I really hope that this gains great word of mouth interest and ends up on loads of 'best of 2018' lists in a few months time.

Although I was provided with a free copy of this book I wasn't expected to write a review for the title - I just found it so quirky that I had to share my thoughts.
Posted by Sarah at 4:04 pm No comments: 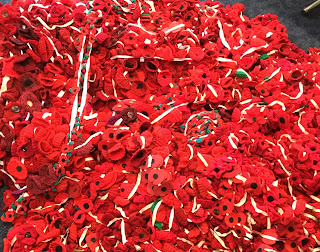 Oh dear another large gap between posts. I am a terrible blogger right now.

I do have three good reasons (I refuse to call them excuses)...

I've been reading books for another project and so can't share them with you. As ever they've been a mixed bag and definitely taken me out of my reading comfort zone.

I've been out and about enjoying the lovely long, warm autumn that we've been lucky enough to be enjoying. It has felt very nice to get back out with my camera - I've put some of my pictures at the end of this post.

My final reason for the lack of posts (and books read) has been the culmination of a crazy 18 month project.  I've been working on WW1 commemorations since 2013 and after planning a real celebration for the start of the war in August 2014 (this may sound odd but in 1914 the UK really did think that the war would be quick, decisive and was a really patriotic moment) I wanted to end the centenary with a far more sober, reflective project.

My idea was to commemorate all of the men and women listed on Norfolk's War Memorials with a poppy.  It took several months to work out this figure - and we settled on 15,500 as being the best guess. Some men are commemorated on more than one panel or memorial and short of physically visiting every plaque, grave and memorial this best guess was decided on.

Well over the last 18 months poppies have been arriving for me at the library and I've been sorting and counting carefully.  As of this week we reached our target, all of the poppies are ready to go and even more amazingly a city centre venue for the 15,500 poppies has been offered.
After this en-masse display then the garlands will be split into smaller displays and sent to all of Norfolk's libraries (including the mobile vans) so that people can get just a small idea of how many people from Norfolk lost their lives between 1914 and 1919.

I am so pleased that despite having a brain hemorrhage the project was still shared widely while I poorly and that counting poppies and creating the displays is something I've been able to do while recovering.

If any of my readers are in Norwich later this month then all the poppies will be on display in St Peter Mancroft Church from around 11am on 22nd October until 29th October. 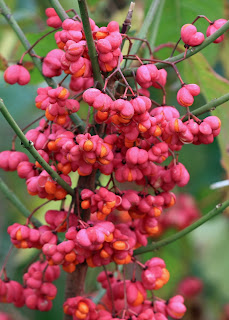 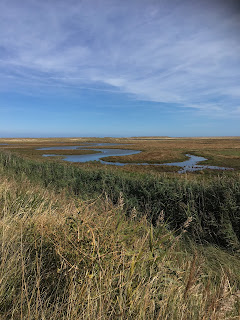 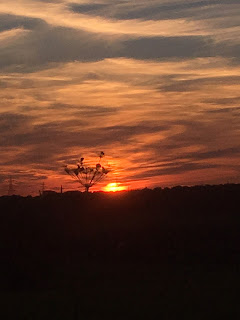 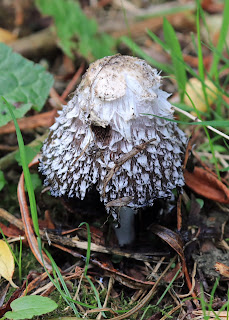