Too many books, too little time - and wasting what I have! 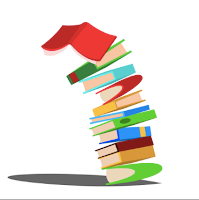 Now that I am reading more again (although still nowhere near pre December 2017 levels) I am taking on more reading projects and finding that I can manage them in the time scales which is really heartening.  I am generally also more willing to give up on books that don't hook me, rather than wasting my time and concentration on them.

This is all well and good but as a new project is just started and many of the library books I've reserved have also come in recently I am feeling a little pressured. Of course this isn't stopping me requesting books (from Netgalley & the library) or from buying more so I am my own worst enemy sometimes.  I am watching a lot less television on my days off so that is probably a good thing! Hopefully I will sort the book balance out before too long, but realistically speaking this is only going to happen if publishing takes a 10 year break!

This week however I feel a little bit like I have wasted my precious reading time and concentration as I read (probably my first and definitely my last) Danielle Steel book - Beauchamp Hall.

While I do love a good chicklit book on occasion this one only crossed my radar because I read an article/early sales pitch stating that the book was set in Norfolk, but that the author had never visited the area. With this in mind I started reading this looking for errors.

On the plus side apart from building a stately home/castle in an area of the county where one doesn't exist there were no glaring geographical errors and Steel didn't try to recreate any Norfolk dialect.

That is pretty much all I have to say that is positive about this book!

I found the writing style dreadful and repetitive and I spotted every plot development coming all the way through - not something I often do with 100% accuracy, there is usually at least one surprise or twist that makes the read more enjoyable. As for the sex scenes

Even the trope of a 'superfan' coming to the location of their favourite TV show wasn't explored in anyway that is different and I'm pretty sure labour laws in the film/TV industry are a little stricter than implied here.

This book was like an identikit book you see advertised for children, you supply the name and a few details and the child is dropped into the plot - each book is the same but very slightly different and feels personal. The same was the case here - all that needed to be changed was the county the book was set in, the train station used and the drive time to London and the book could have been set anywhere!

Like I say I did go into this book expecting not to enjoy it, but I expected this to be due to a badly researched and stereotypical portrayal of Norfolk - not because of the plot/writing.

I'm guessing that to fans of Steel none of this matters but if you are someone who collects/reads books set in Norfolk I'd say really don't bother with this one - try the new Georgina Harding book Land of the Living which is set in the same area just post WW2 and has a far more interesting plot.
Posted by Sarah at 11:30 am No comments: 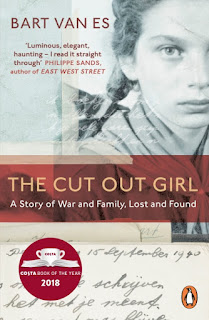 The Cut Out Girl by Bart Van Es


As soon as I saw this book on the Costa Longlist I knew that I'd want to read it and finally it has been my turn to borrow it from the library.

It was worth the wait and despite beating one of my favourite reads from last year (The Skylark's War) in the Costa prize now I have read it I can't be too sad at this turn of events.

I've written before about my interest in books about the Holocaust, in fact my dissertation for my first MA was about how such an event is portrayed in children's literature. This new addition to the canon - all about how one Jewish girl was saved by various Dutch families was right up my street.

The mix of family history (it was the author's family who played a part in saving Lien), modern history and thought, detailed scholarly research and Lien's own autobiography made this book a compelling read. It was also shocking and not just because of the horror of the extermination camps.

I had the idea, mostly gained through literature admittedly, that Holland had a good reputation when it came to their actions during WW2. So many Jews fled there from Germany during the 1930s that to me it seemed like a good place for people to have fled to.
We then have the stories of the heroic people who hid Jews and worked for the Resistance. The praise heaped on those hiding the Frank family and the other similar tales lead to me to believe that while the Dutch weren't quite as helpful as the Danish in saving their Jewish population they were definitely 'good guys.'

Van Es dispels this early on:


"The Jewish wartime death rate in the Netherlands, at 80%, was more than double that of any other Western country, far higher than in France, Belgium, Italy or even Germany and Austria themselves."  p.58

Van Es, like me, was shocked to discover this, and even more so when he found out that along with various geographic and military reasons "it was the native administration that brought death to the Jews" (p. 58).

The poor behaviour of (some) Dutch people continued through the war, and is an integral part of Lien's story, as well as afterwards when survivors returned home or people emerged from hiding.

I know that history is rewritten by the victors but this new knowledge adds to the unease I felt on visiting the Anne Frank House last year. It is so easy to promote the bits of your history that you want people to concentrate on by passing over the negative aspects quickly. The suffering that all of Holland experienced in the winter of 1944/45 and then in rebuilding the country as a liberal land has airbrushed a lot of the darkness.

It is early in the year to be picking 'best books' but I have a feeling that this one will stay with me for a long time, and in many ways is a companion read to one of my top reads from a few years ago - East West Street by Philippe Sands. 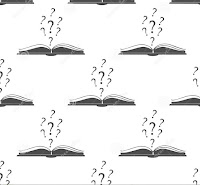 I really didn’t intend to leave it so long into 2019 before posting, I have been reading somethings but real life has got in the way quite a bit and I have been too tired for much sustained reading. I’ve also not been able to talk about the books as they aren’t published for quite some time and are under some embargoes.

Life first, after a few stressful (!) months I can now say that I do still have a job going forward into the year, I’m not at all sure how it is going to pan out, or to be frank exactly what it is, but hopefully it will be okay and that I can continue to recover. The whole application/interview process was another reminder of just how different my brain is still.

However time to rally about books!

The first book is called The Red Address Book by Sofia Lundberg (translated by Alice Menzies). It is billed as the debut book from the Swedish author and a book that has been “a word of mouth & blog sensation” in Sweden. I’d have to agree and wish that it had received more of a fanfare over here.
It tells the life story of 96 year old Doris through the names in her (red) address book. Her life was fascinating and is gripping to read, but what struck me the most about this was how positive Lundberg’s portrayal of an elderly woman was - Doris is tech savvy, she doesn’t need people to work her computer, she Skype and browses the internet with aplomb. She is also well aware of where she is in the life cycle and completely natural in her ageing.

I’m not ashamed to say that the book moved me to tears several times through the story, and it was a great book to start 2019. Badger your library to get a copy of this book ASAP, or treat yourself. 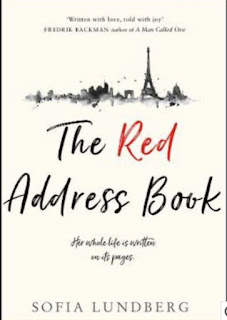 The next book is due to be published in a couple of weeks but again I urge you to reserve/order a copy...
If Only I Could Tell You by Hannah Beckerman is about how secrets within a family can tear it apart. So far so common but in some ways this book reminded me of a thriller as clues to the secret are dripped into the plot and caused me to speculate (wrongly) on a fair few of them. I had a few questions left at the end, but I do always think that if you are left wanting more from the characters then the book has been a success as the characters are ‘real’ to the reader. 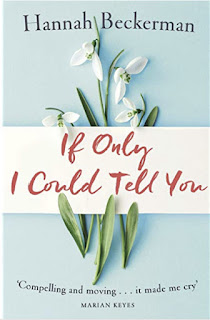 This was another tearjerker for me, and I’m glad I wasn’t still reading it on the train as I don’t think I could have suppressed the emotion even being in public!