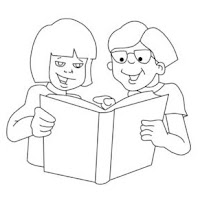 Recently the postman has delivered three books that I wasn't expecting and it turned out that two friends had seen/read some titles and loved them so much that they sent me copies of them too.

It is always a risk actually sending physical books as gifts, I often wimp out and send book tokens and recommendations, but I've read 2 of the 3 books now and I think that my friends know me inside out as I loved them both.

First to arrive was Burning the Books: A History of Knowledge Under Attack by Richard Ovenden (John Murray Press)

This was a series of linked essays about how libraries and archives have been created and destroyed throughout the last 3000+ years and at times was a real eye opener. The bravery of some juxtaposed with the barbarity of others was breath taking, and the last couple of chapters about the future of archives gave me real food for thought. The book is incredibly readable and I am so grateful to my friend for sending a copy to me so that I actually read it rather than it languishing on my 'I'd like to read this at some point' list.

The second parcel of books contained  fiction and non fiction titles, and again the non fiction was one that has been on my radar for ages (and indeed I recommended it a lot during my WW1 project) but that I haven't actually read - yet. I plan on reading Where the Poppies Blow by John Lewis Stempel (Weidenfeld & Nicolson) once the Norfolk poppy fields come into bloom - just for atmosphere.
The second book was another republished classic - this time from Barbara Pym. Crampton Hodnet (Virago) was a real snapshot in time,  being set in an insular neighbourhood in North Oxford just pre WW2.
As you're reading the book the events seem so all consuming and dramatic but by the end you come to realise just how unimportant they are - apart from for the people involved.
I can see that some people might find the ending of the book a let down but for me it was a reflection of life - something exciting happens, but once time passes it becomes clear that it was unimportant and will just become another family legend. Plus ça change, plus c'est la même chose...

Unexpected post is always exciting and when it contains books rather than bills it makes me a very happy Norfolkbookworm. It is also nice to know that, despite having not seen one friend in over a year, and the other only once or twice, they know me so well they can send me books that I have to drop everything else on my list and just read!