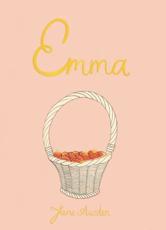 I came late to reading books by Jane Austen (and in fact only read Pride and Prejudice after the reimagining treatment it got in Longbourn!) but I have enjoyed them. I did think that Emma was going to be my nemesis however!

I found it very hard going, and none of the characters particularly likeable, but on researching the book I discovered that perhaps this was the point... Austen herself is supposed to have said "I am going to take a heroine whom no one but myself will much like"

I am pleased that I stuck with it, and although it took me a long time to get to the end I came away in the end feeling that I had enjoyed the story, just not as much as some of her others.

It must be said that for a while as I was reading the book all I could think of  was what Mr Woodehouse would have made of the pandemic. He doesn't like socialising that much, is a fan of plain food and enjoys boardgames so lockdown/shielding/social isolation would have been fine for him - especially if he could have had his elder daughter & her family home in the countryside rather than London. However I'm not sure that as a valetudinarian he'd have been in the best mental health for the last year...

Once my mind stopped taking off on these flights of fancy I'm pleased to have read Emma. I realise that as a WBN book this will be in audio form but as I have a bad habit of still falling asleep pretty much instantly to being read to I stuck to the print form for this one. I might even now look out a film or TV adaptation...